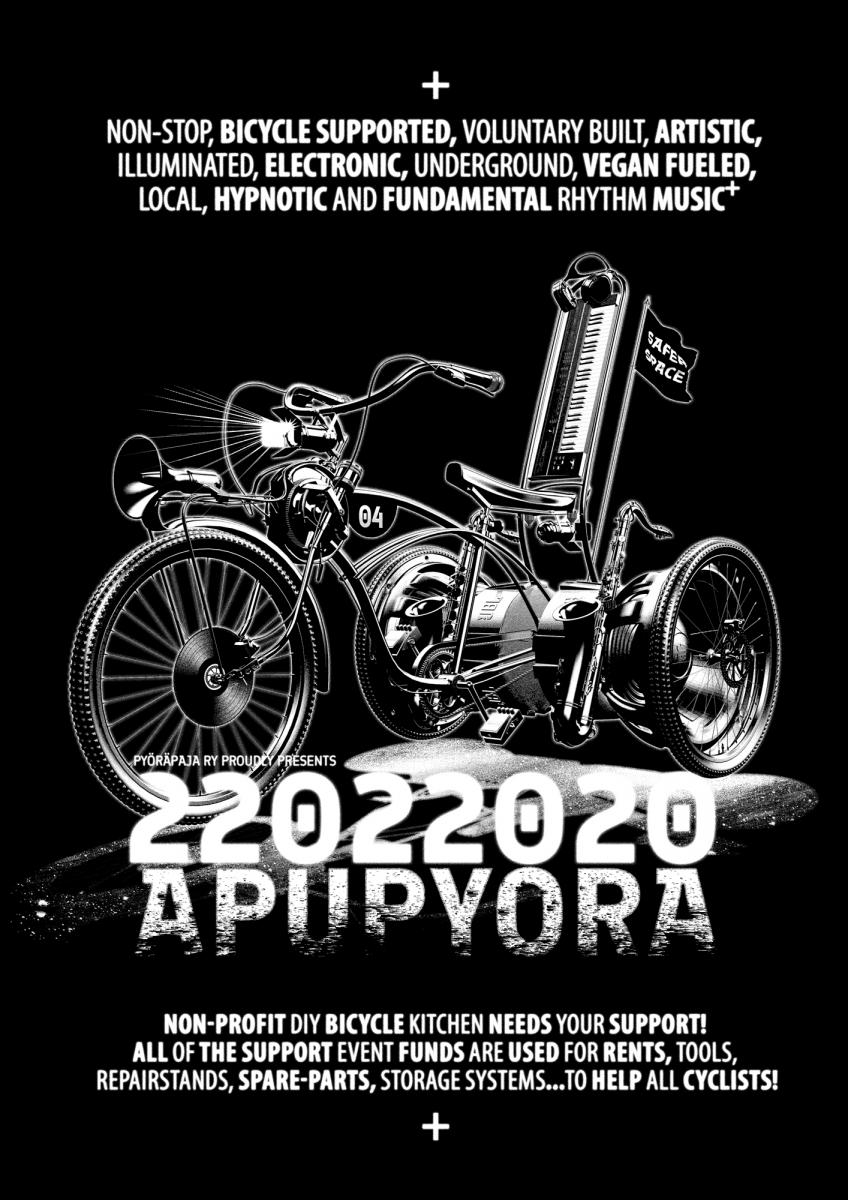 PYÖRÄPAJA RY NEEDS YOUR SUPPORT!
We are a non-profit community bicycle collective. Our DIY workshop is open for everybody. Pyöräpaja was born out of a need for an open, free space to fix bicycles, meet people, learn and share skills. Pyörapaja is run by volunteers and funded by donations and support events like this. All of the event funds are for future rents, tools, repair stands, spare-parts, storage systems and events. Please support us to stay open and help all cyclists!

SAFER SPACE:
We have zero tolerance for discrimination, harassment and violence. Do not make assumptions about others’ identities, genders, sexual orientations or origins. If you experience any harassment, please do not hesitate to ask event organizers for help. Please help us to maintain good vibes, clean and friendly atmosphere. 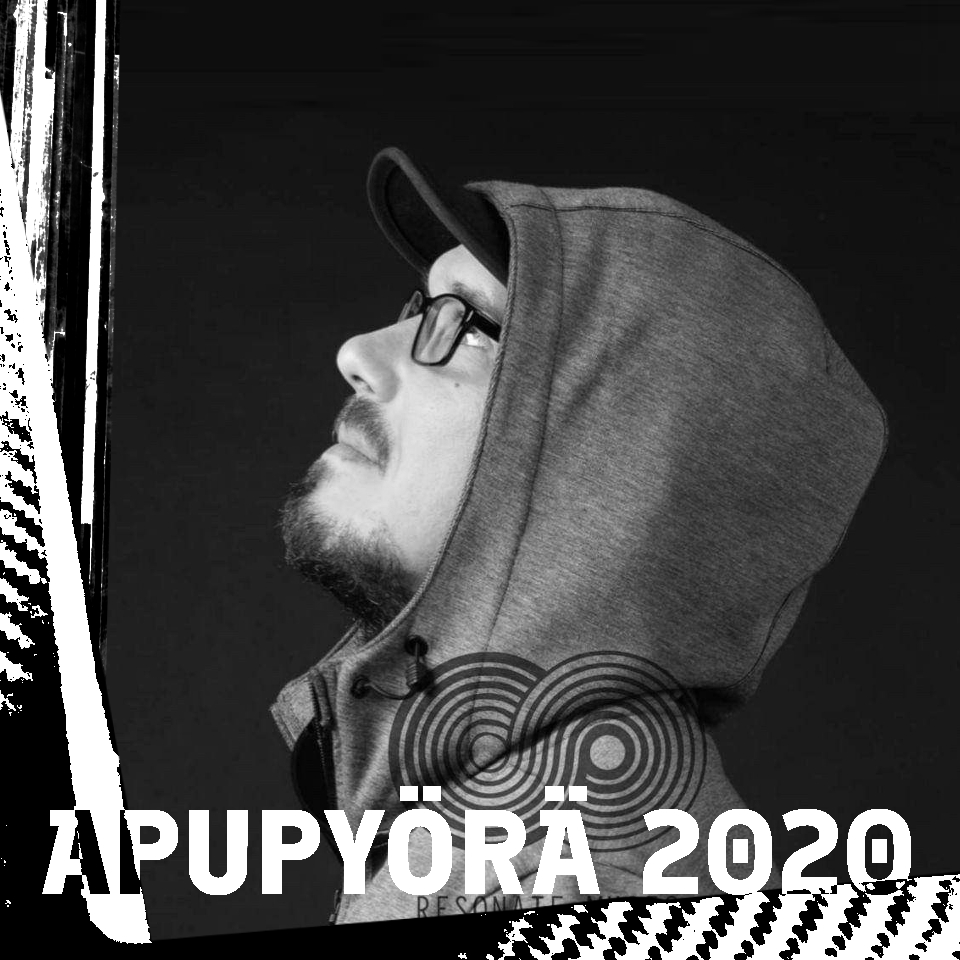 BioPolar is a one man psychedelic full-on trance project created by Jukka Puomio in Finland which takes influences from all types of electronic music genres. The project started in early 2008 when he got his very first home studio gear. Couple of recent years BioPolar began to publish tracks through various labels like Reson8 Music, Vertiqo Records and Psygen Records. Couple upcoming releases will be on O.V.N.I Records VA and Reson8 Music EP. The music is well suited for night, morning and daytime dance-floor atmospheres! 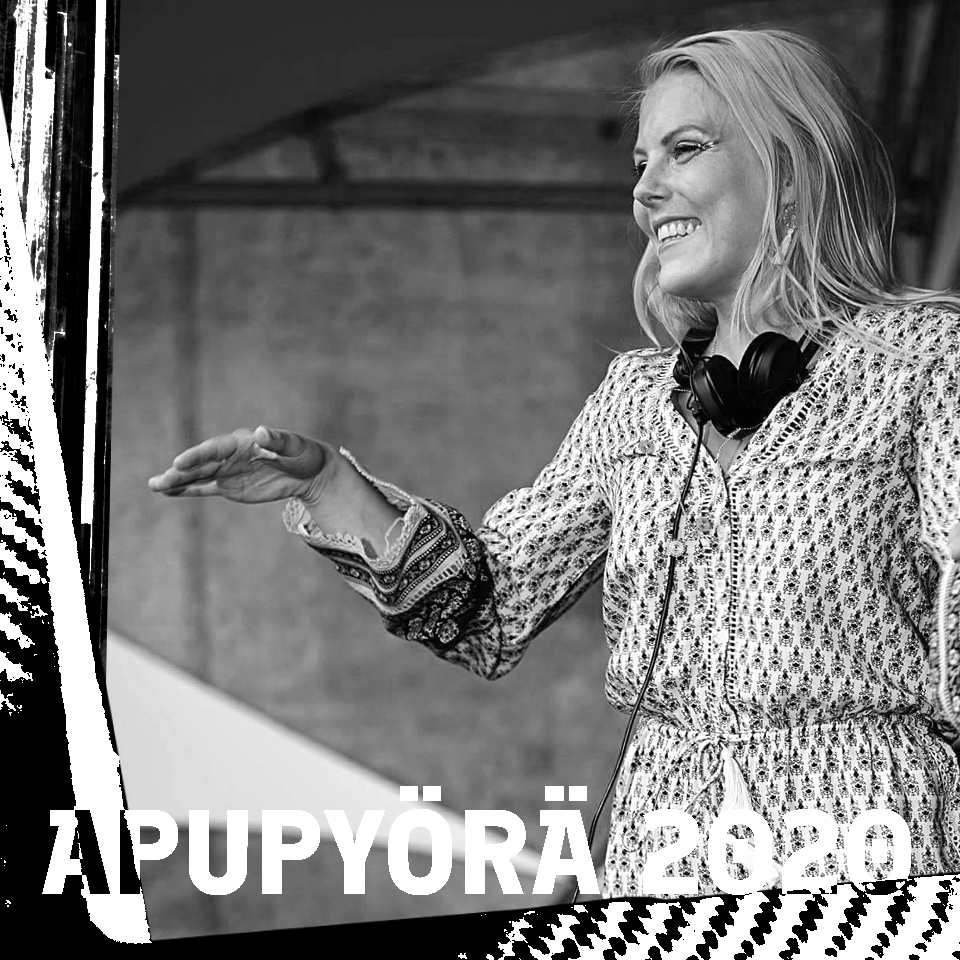 DJ KORENTO aka Jenni Korento is a DJ from Finland, with 17 years experience in Psy-Trance, working behind the scenes at various events.

Her first gig was in 2010, after she received an invitation to play by the collective for creative woman known as 'Bitch'.

Over the past few years, her DJ career has taken off thanks to her full on energy and track selections. Korento best describes her style as, groovy, intelligent and uplifting with a slightly dirty edge. Look forward to a special electroswing set this time around!

Recently, she has started to fulfil her dreams to travel as a DJ, with her debut international gig in 2014 at '20th Vortex Parallel Universe', in South Africa, followed by Shankra Festival in Switzerland.
In these busy years her adventures have reached all the way to Brazil/Respect Festival and to many other beautiful countries around the world! And this is just the beginning. Awesome opportunities are waiting this versatile djane! 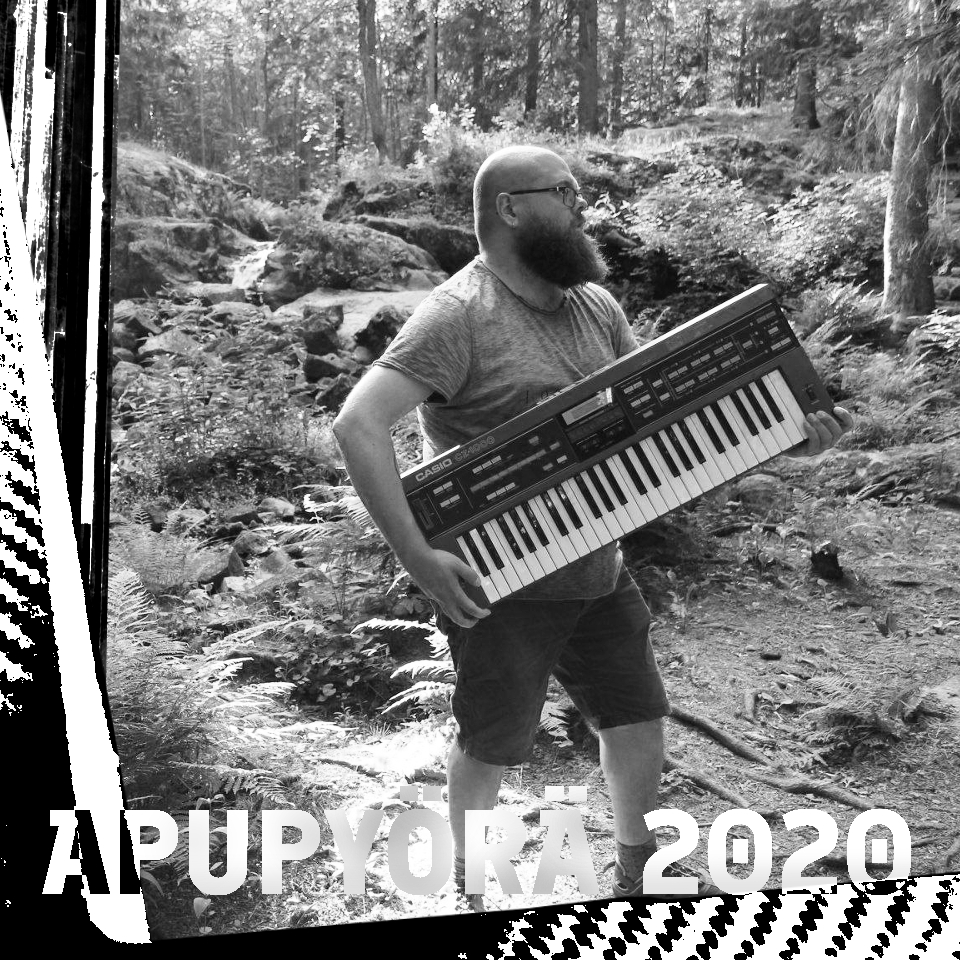 FOREHARD is Producer, DJ and founder of the 2018 launched Inceptum Records.

He started making electronic music while he was 14 years old inspired by techno, acid and trance. These influences are still strongly in his music and LIVE sets.

'First Four’ is the Forehard debut release which is a beautiful EP with Detroit influences and this is the first part of Forehard's trilogy.
‘Second Infinity’ is trance music in its various forms with emotional touch.
‘Third void’ is banging oldskool techno and trance collision which ends the trilogy.

His raw hardware electro jam Rhythm Device is featured in VA - Vortex Traks X and it's already supported by Dave Clarke. Apart from his solo productions Forehard's work has been heard on The Guide Girls project, who were featured on a Vortex Traks VA compilation a few years back. In 2019 proform series released his new acid house project called Love Of Eden. 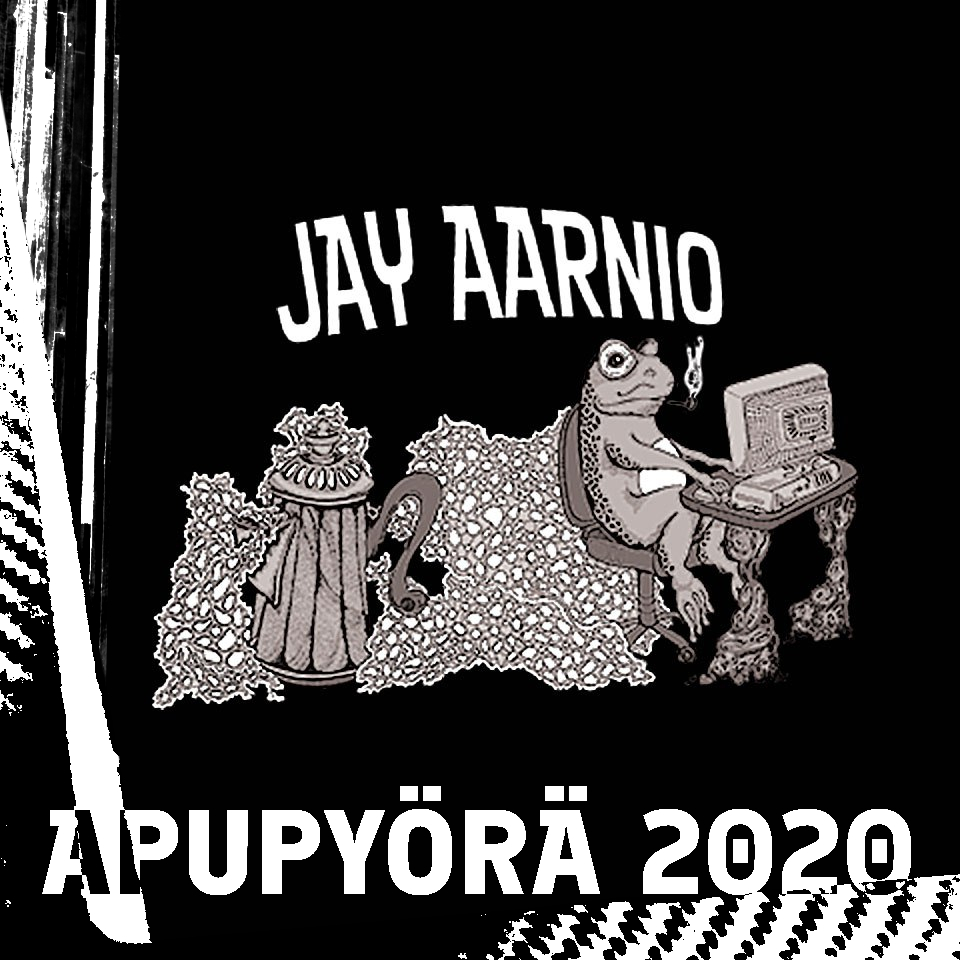 JAY AARNIO is the manifestation of Finnish Underground Secret Services Narcotics Department. Armed with killer ganja and salvos of high quality LSD-25 he is set to disrupt all orderly conduct within the modern society by quadruple wielding of synthesizers and blunts.

Jay is well known for his unique live shows all around the Europe, and his connections with the Europol. His music has a heavy emphasis over minimalist patterns, low bpm hustling, heart pounding bass lines, racing acid frequencies and earth shattering beats. 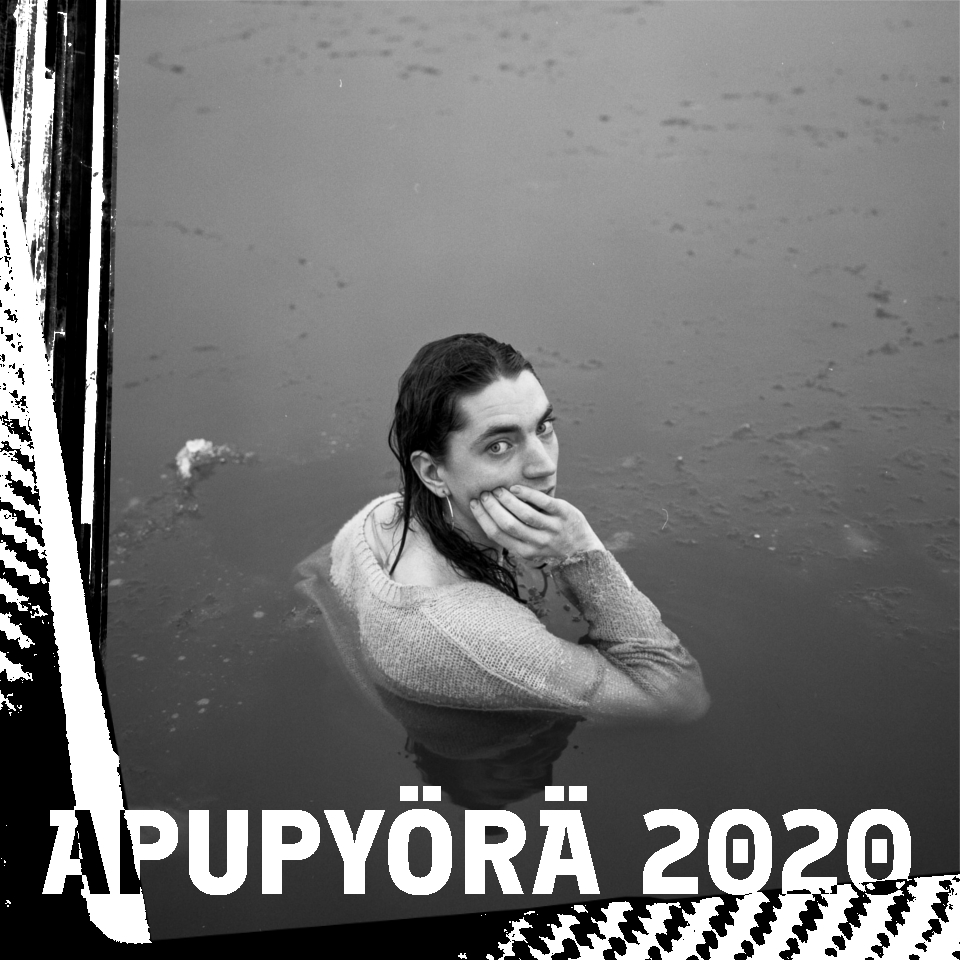 KUOPUS is a Finnish rap / spoken word artist. In their texts Kuopus moves between dreamy fantasy scapes and honest and revealing personal topics. Kuopus wants to shake the sexist structures in rap and tries to rap differently: about theirselves, sexuality and the surrounding reality. They are inspired by sex, queer and different kind of symbioses.

Kuopus is an artist project by a Finnish actor, Pietu Wikström. The project is Wikström's personal attempt to withstand shame, to laugh at themselves and to take seriously. The music is mostly produced by a Helsinki based violinist and a composer Elias Riipinen (Elia). Lyrics are in Finnish. Pronouns: they / them. 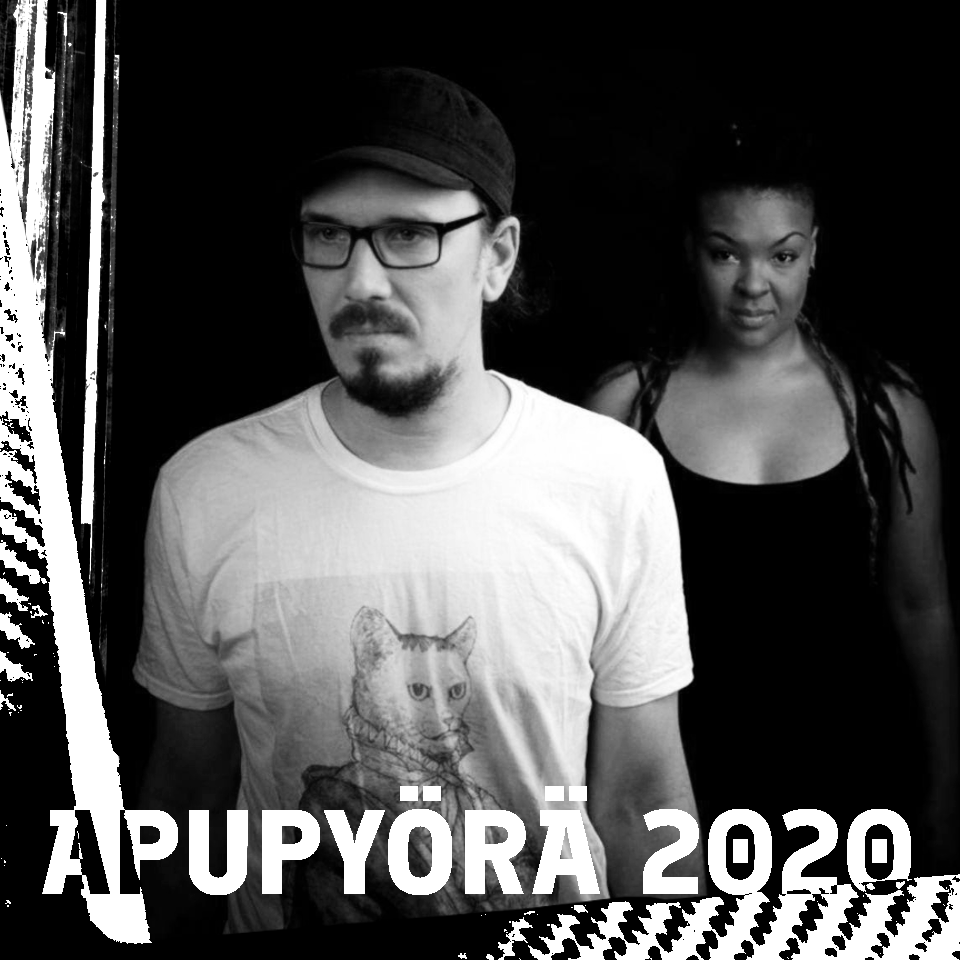 MAOA Project is creation of Jukka Puomio (BioPolar) And Emma Raudasoja (Primitic). Our music takes influences in many genres and cultures. Our goal is to produce something new in Psy-Chill/Ambient genre and gather most talented musicians to feat almost in every track Like Tapani Rinne from Rinneradio. MAOA Project started in Christmas 2018 and we are producing new tracks as much as we can. 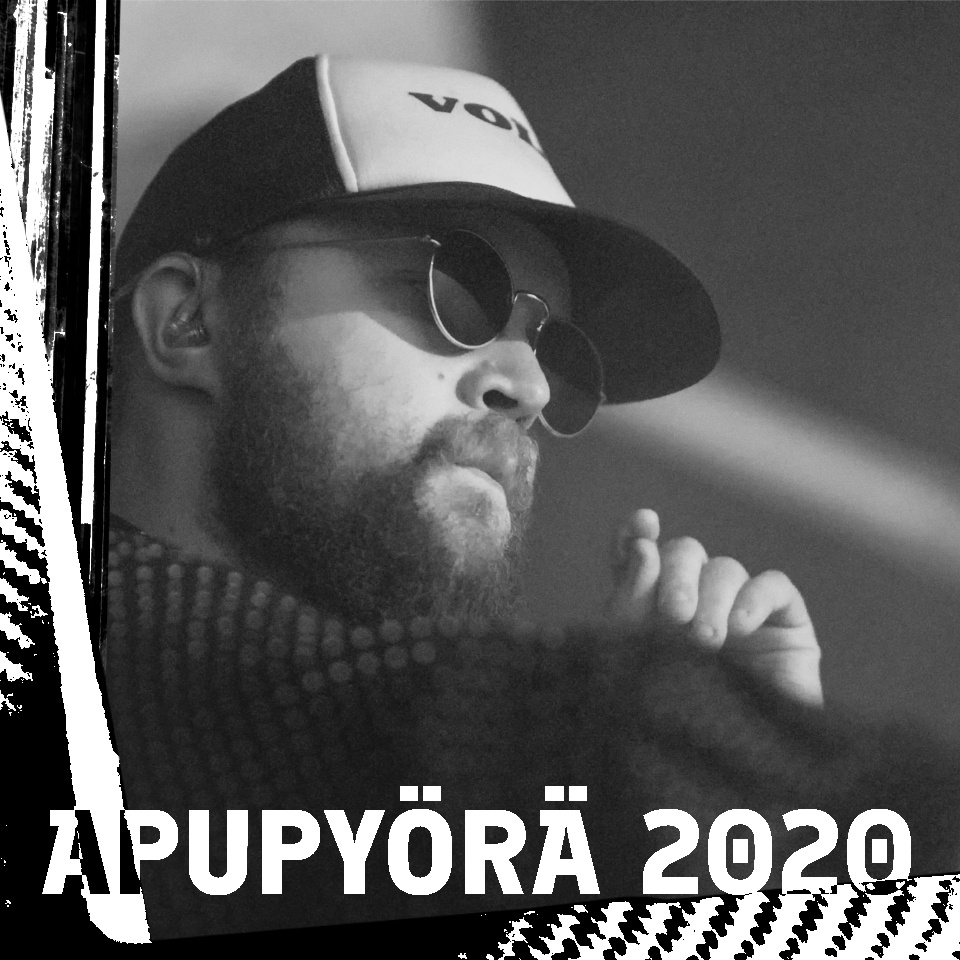 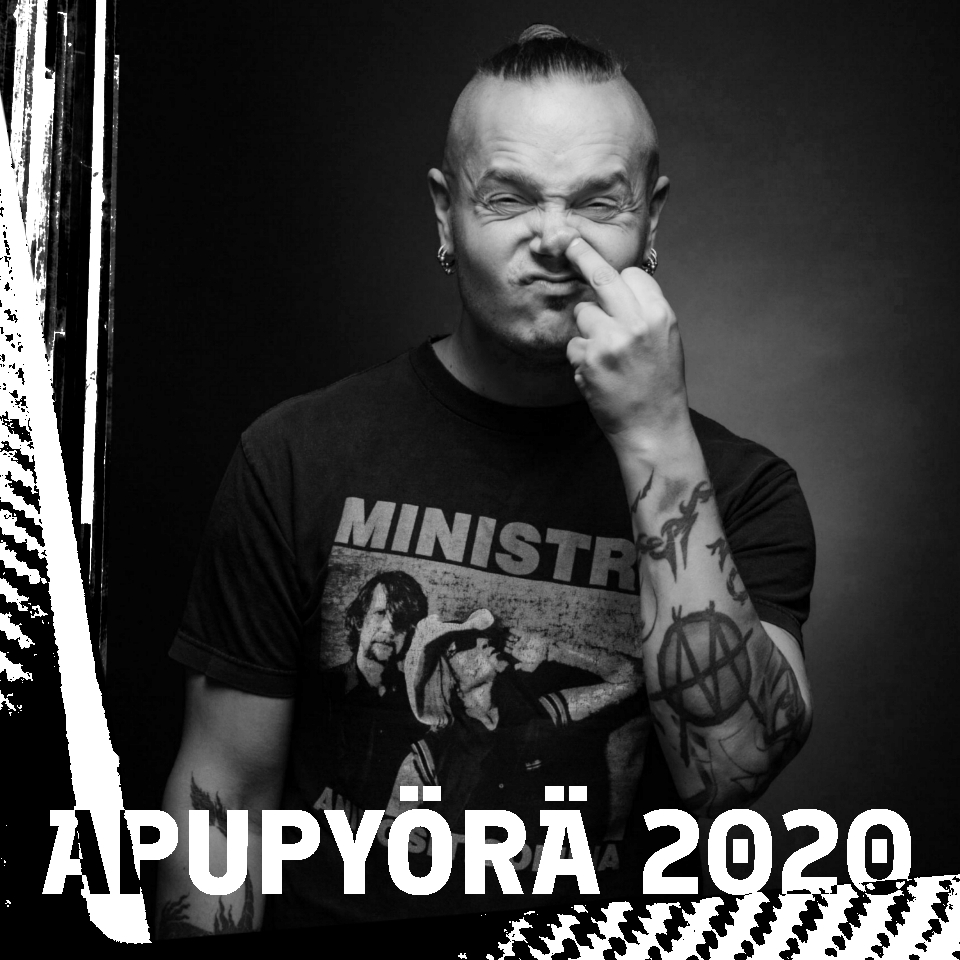 Harri Andersson, also known as PROTEUS, has been one of the key figures of Finnish electronic music scene more than 20 years time. Celebrating 25 years DJ career in 2020 will also be his last year as active DJ and performing artist. Proteus had his first proper DJ gig at Oranssi Ry’s underground techno party in Katajanokka Helsinki. Proteus is known from his versatile DJ sets variating between different electronic genres from gothic punk to industrial/EBM, psychedelic trance and techno to hardcore, hard dance, gabber, speedcore, drum & bass and beyond.

In early 2000 Proteus gained the respect to be called one of the best known harder style DJ’s in Scandinavia. The biggest achievements were at global Hard Dance Awards 2004 and 2005, when he was voted "Best Hard Dance DJ" in the world two years in a row by people all around the globe. In the DJ Mag`s Top 100 DJ list, Proteus has been voted number 90 in 2004 and number 93 in 2005 and made history in becoming the first Finnish artist making it to the Top 100 DJ list alongside Darude.

In 25 years time Proteus has toured all over the world, made thousand of gigs and has played and headlined many of the major events and festivals. Proteus has also had great honor to be the support act for bands like The Prodigy, Skrillex, Pendulum and Juno Reactor.

Proteus has also made long career of organising events and concerts in Finland. Proteus and his friends used to organise many underground raves in late 90’s and early 2000 in Helsinki. Promoter work and event organising with his own company is his main work at the moment. He runs his own popular event brand Clublife in Helsinki and is co-owner and vice-chairman of underground festival Kosmos Festival in Ristiina. Proteus is also behind nineties orientated trance/acid/techno/rave event brand Superstition, creator of Finland oldest running harder edge event brand Säde and works as manager at Helsinki’s biggest club size concert venue The Circus. 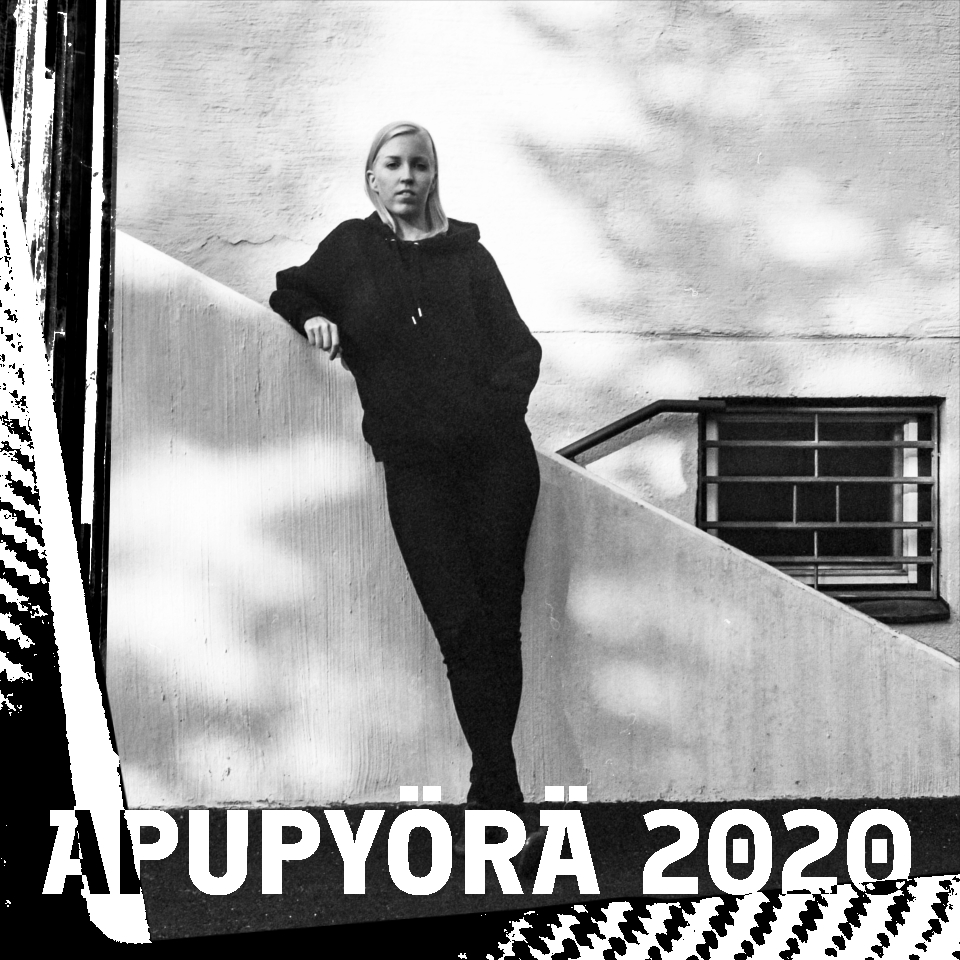 UHA is a relatively new face in Helsinki’s vibrant party scene but she’s already found her own approach to performing as a DJ. Her focus on music is highly analytical in both logical and emotional ways which can be heard in her well structured storytelling sets. Through music Uha reflects on her thoughts and emotions, as well as her insecurities and strengths. For her it’s not only about digging music but self development and exploration as well. In party culture she appreciates community, openness and freedom to be whatever you want to be.

Or this deep & groovy mix from the Abyss podcast series: https://soundcloud.com/abyss-hki/abyss-podcast-15-uha 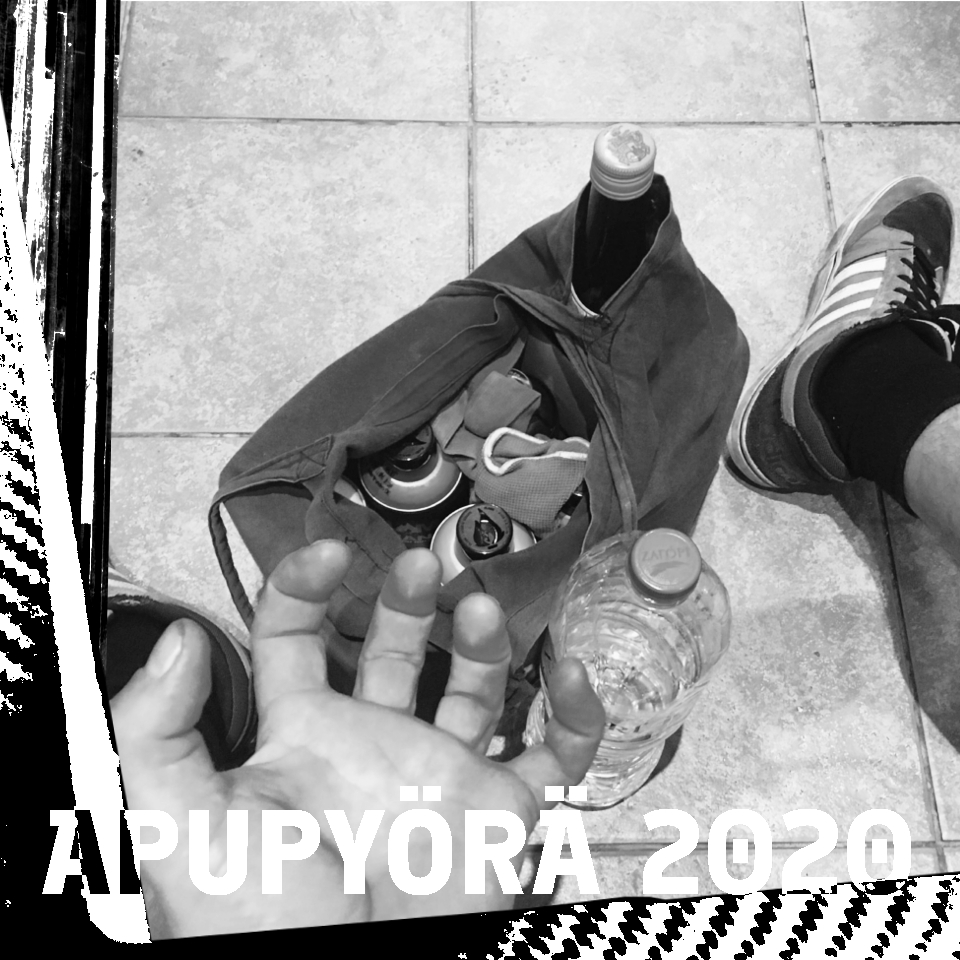 Vahvaa Tahnaa - One man from mountains thru walleys, Venetsian bridges, small villages, narrow roads, busy highways, back in the city. 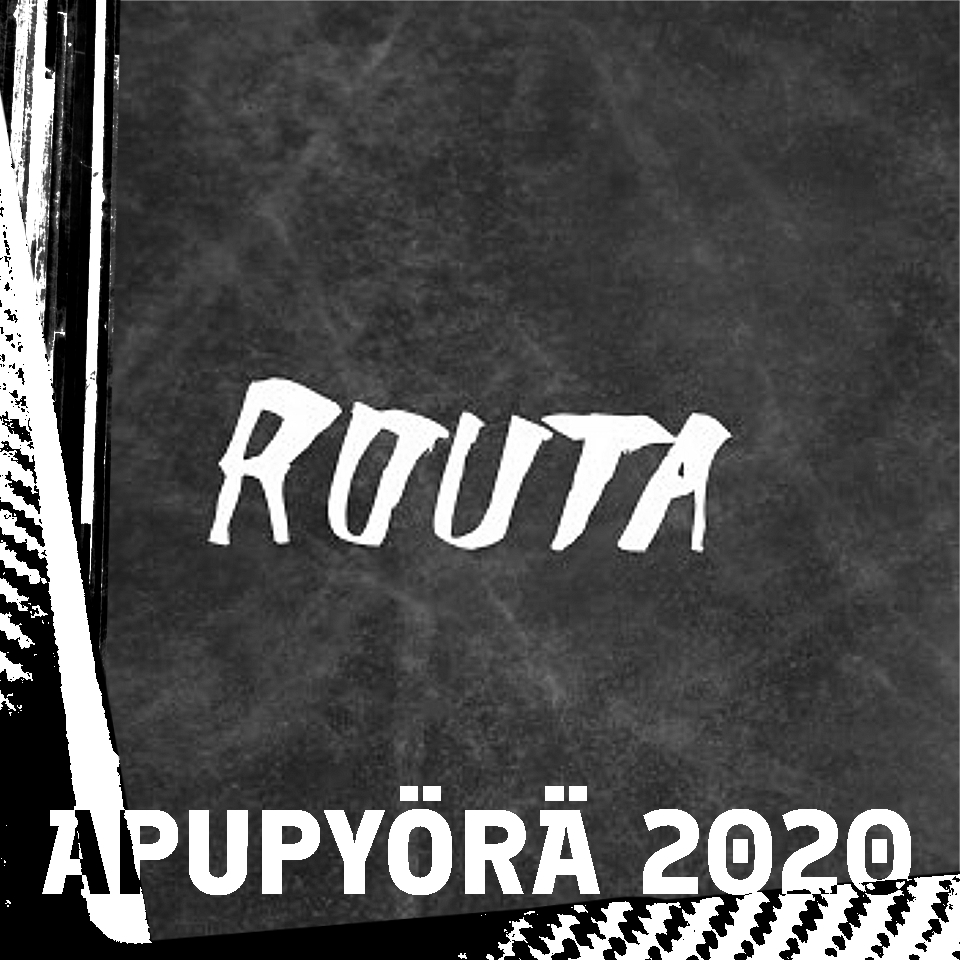 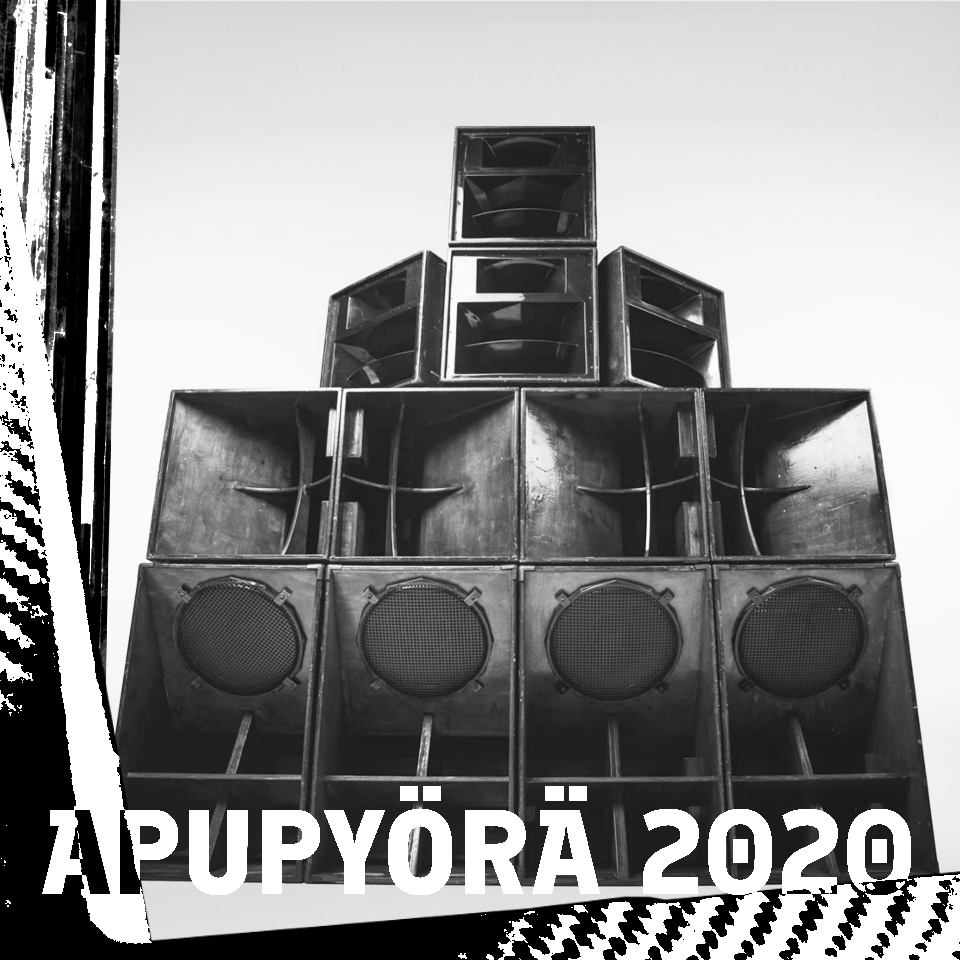 SALAMARI SOUND SYSTEM – a heatwave behind the soundwise guidance

”Our sound system was built four years ago in a desperate lack of a proper actively running sound in the area of Kanta-Häme. Founder of the sound, Joona Venäläinen, was constantly getting more and more interested in the sound design and the air motion that we hear as a sound, that has the power of moving mountains and breaking the barriers. We wanted to experience music as a physical thing, just like we had had the chance to experience it during the past years in the dances and parties organized by other sound systems.

Our mission is to offer a customly designed and built high quality sound for the real experience in music and in all of its frequencies. Things that might move us and our thoughts, change our perspectives and alter our consciousness in a spectacular way that nothing else can compete.

We feel that the rythm and the music exists to unite people and vibes and the mighty Salamari Sound System is our teaching tool to complish that task in a way like we feel it should be done. We create the sound.” 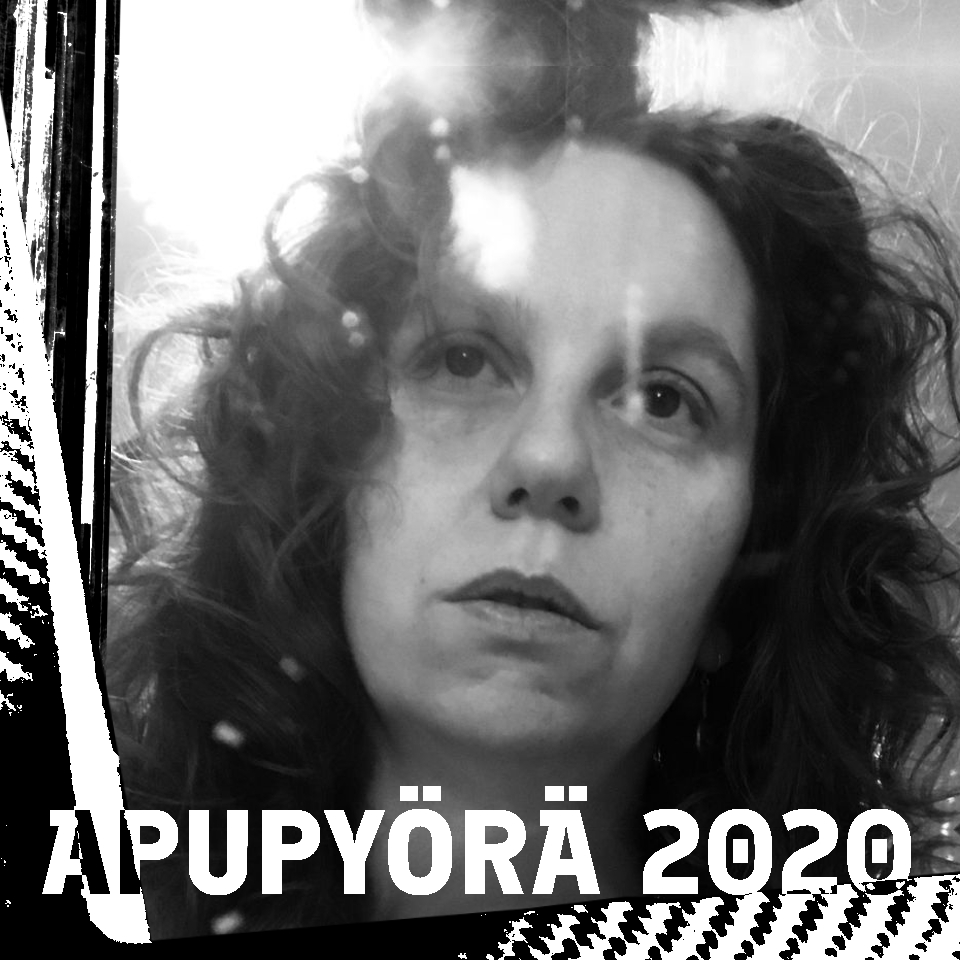 VJ SSuvereeni is best known for her stunning video installations during musical events across genres. She has also curated various clubs and festivals all over Finland. Her aesthetic is characterized by psychedelic images, sensory hyperstimulation and a profound connection with nature.